The Mausoleum of Sidi Magdoul.....

I first noticed this Marabout shrine pinpointed on an official tourist office map at the far southern end of Tagharte town beach, off Boulevard Mohammed V, these ancient final resting places of famous Muslims elevated to sainthood (Sidi) in recognition of their many altruistic deeds among the local inhabitants always fascinate me, this one, was originally thought to be a Scottish sailor, by the name of MacDougal, shipwrecked on the nearby Mogador islands in a storm, but legend alternatively dictates that his elevation to sainthood, embedded in folklore, was due to his many pilgrimages to other holy sites in the Muslim world to repel infidels, even more unlikely was his exceptional anecdotal life span with his death at the age of 140!

To reach the Mausoleum is a half-hour walk south along the city beach, then a sharp turn inland, fortunately I spotted the distinctive multi-coloured Koubba and approached with care.... 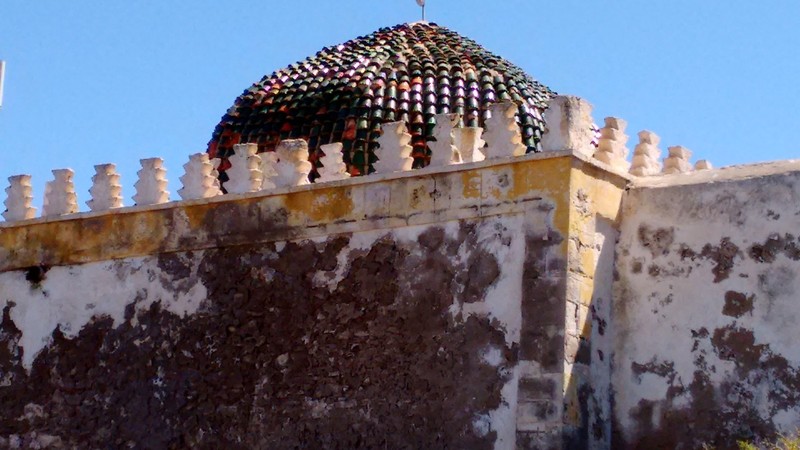 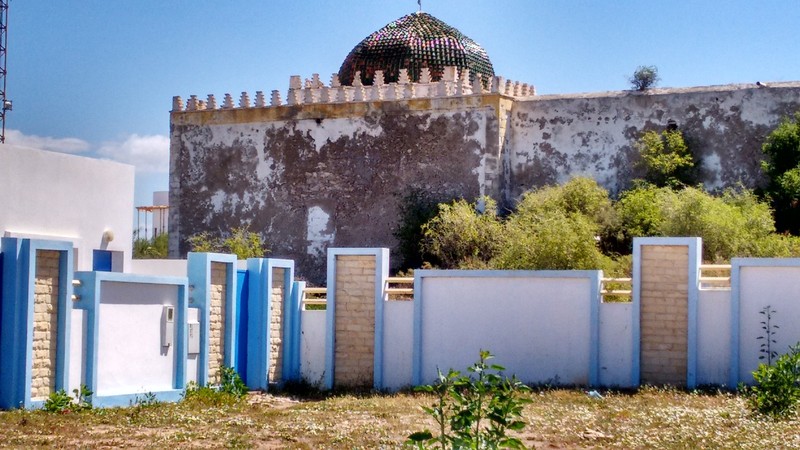 The shrine has been preserved against vandalism by a surround of artificial walls, but I managed to find a door with an old rusty padlock which fell apart and I made my way inside, threading my feet carefully, noisily and nervously through the overgrown weeds in the small cemetery in case of the presence of hidden snakes, basking in the shade of the Koubba walls, once inside an old man in a wheelchair greeted me and asked if I could give him sixty dirhams for medicine, he seemed to be uncomfortable and in pain so I gave him thirty dirhams which was gratefully received, and he then welcomed me to take a look around, there was a local woman present hanging out the washing, so it appears the site is inhabited at least on a part-time basis..... 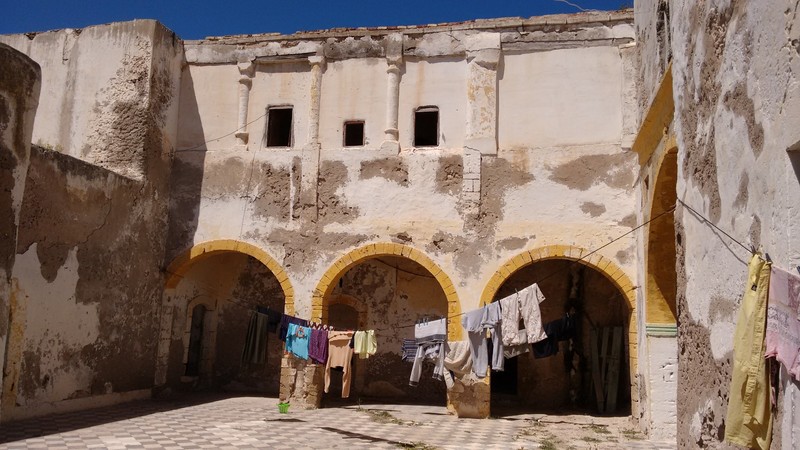 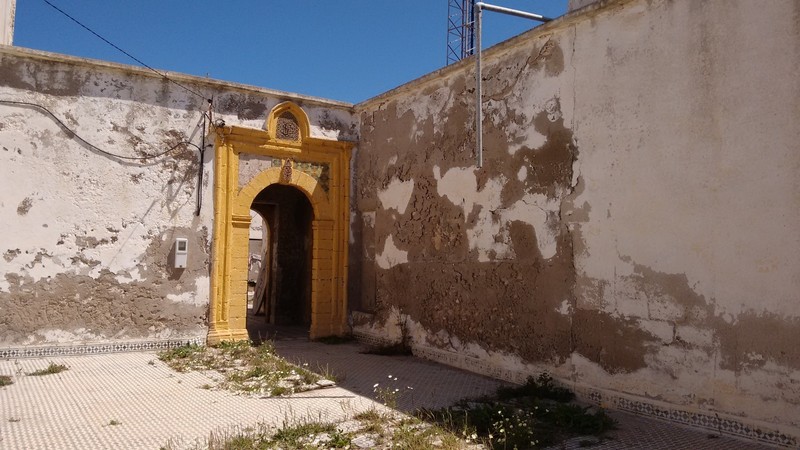 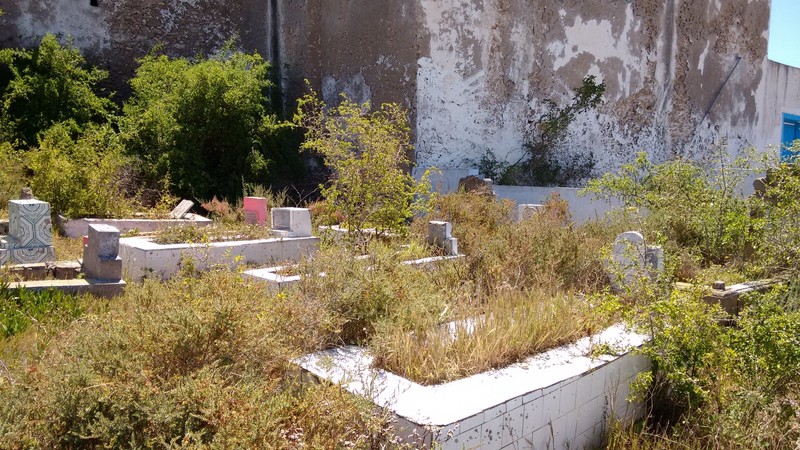 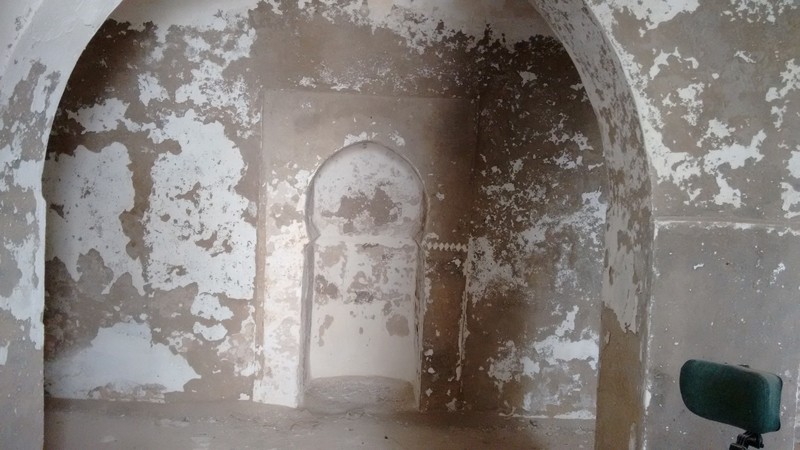 Sadly, Essaouira's corrosive, harsh sea air has taken its toll on the stone structure of this Mausoleum, unlike others which receive regular maintenance, and although the roof tiles have been replaced in several colours, much of the stone fabric is crumbling. 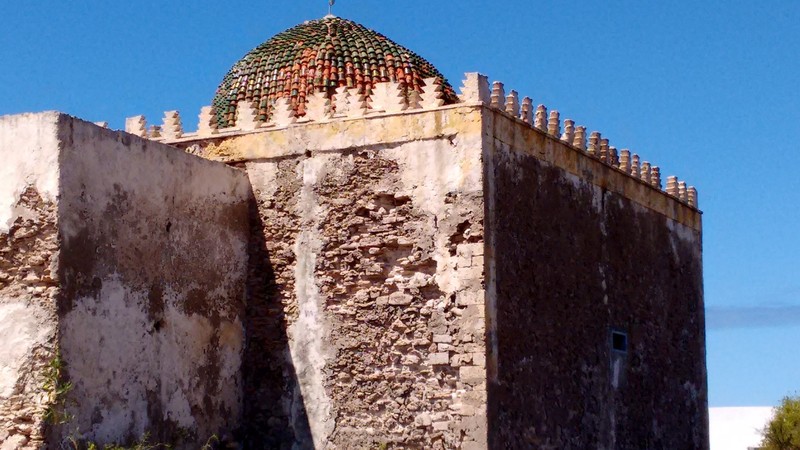 But another successful exploration in the hot Essaouira sun.